Baltimore’s lame-duck sheriff, John W. Anderson, who will be out of office in a few weeks, wants to change a contract that will double the pay of a former city employee turned consultant.

The contract centers on Erin Sher Smyth, a political insider who was removed as Baltimore’s chief purchasing agent in 2020 after an inspector general’s report disclosed her mishandling of a police towing contract.

Smyth, who left city government before her involvement in other flawed contracts was  revealed, returned to the payroll last June through an employment contract with the sheriff’s office to “develop, plan, implement and oversee” procurements.

Sources say that she infrequently comes to the sheriff’s office and is permitted to telework from her Owings Mill home. “I’ve seen her no more than six times since June,” one sheriff’s employee said yesterday.

Now Anderson, who lost his bid for a ninth term to Sam Cogen in the Democratic primary, wants the Board of Estimates to remove the contract’s expiration date and to increase the hours authorized for Smyth to 320 hours.

Paid at the same $150-an-hour rate – which is more than double Smyth’s hourly pay when she was chief purchasing agent – her total compensation would jump to $48,000.

• Former city purchasing agent, who left under a cloud, is set to be rehired as consultant (5/31/22)

Sabrina Tapp-Harper, who herself was recently promoted by Anderson to assistant sheriff, said Smyth is needed to help the department prepare for the July 1, 2025 mandate for body-worn cameras.

“She is really helping me. I just talked to her, and we’re meeting in person on Monday,” Tapp-Harper said, adding that she “can’t say” how long Smyth will work at the office or what motivated Anderson to double her hours of compensation.

Anderson was not available to be interviewed, and Smyth did not respond to several Voicemail and text messages yesterday. 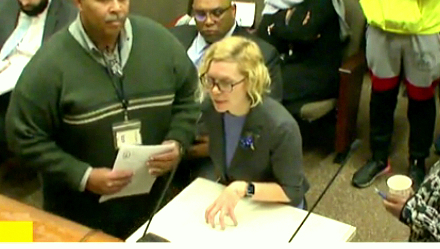 Erin Smyth speaks to the Board of Estimates in January 2020 shortly before she was transferred from the purchasing department. (CharmTV)

Cogen, who is running unopposed in the November 8 general election, said he was unaware of the change in Smyth’s contract.

“I can’t tell you what value this contract has for the department because I know nothing about it,” he said. “I’ve been kept out of it, and I can only hope that the decision he [Anderson] is making is fiscally responsible.”

Since winning the primary in July, Cogen said he has contacted Anderson four times to try to set up an orderly transition.

“What I’ve gotten back is ‘we’re in charge and we’re going to decide when we have a transition.’”

“I can’t tell you what value this contract has for the department because I know nothing about it”  – Incoming Sheriff Sam Cogen.

As a result, Cogen said, he has no information on recent office hirings and promotions, budget updates or information on a new labor contract that was struck with the Fraternal Order of Police, Lodge No. 22.

The contract, covering the next three years, was negotiated by Mayor Brandon Scott’s labor commissioner and is expected to be ratified – along with Smyth’s modified contract – at the November 2 Board of Estimates meeting. 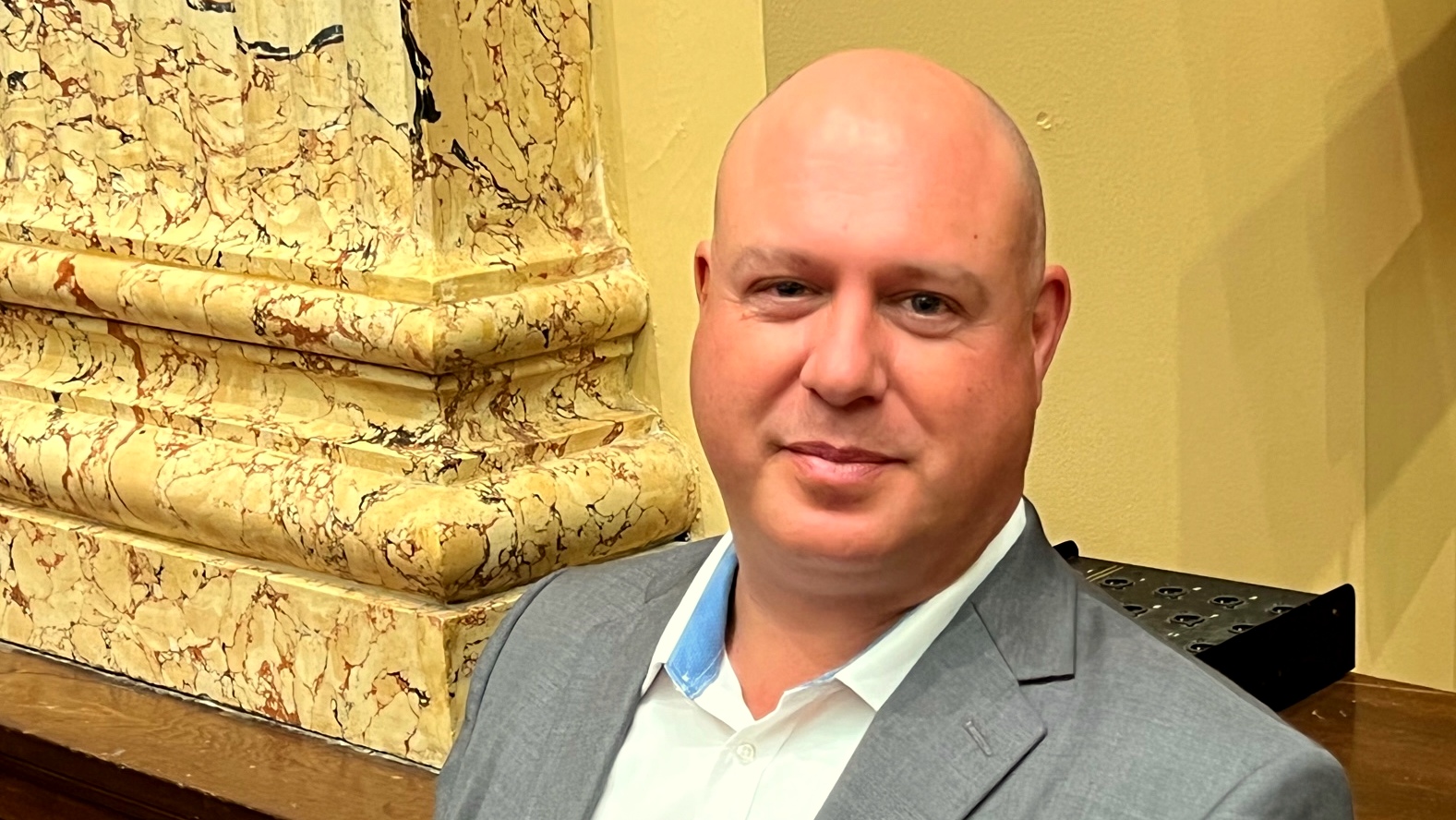 Smyth’s original contract was approved by the BOE a few months after Anderson awarded a similar consultant contract to Kimberly Morton, the retired chief of staff for former mayors Jack Young and Catherine Pugh.

After Smyth’s role in the police towing contract was disclosed in early 2020, Morton arranged for her transfer to the Mayor’s Office of Special Projects. There Smyth received an $8,000 salary increase (to $134,000) before she resigned in March 2021.

A former co-worker said that Smyth and Morton were known to be friends who socialized outside of work.

Morton, an old friend and political ally of Anderson, remains on the consulting contract, due to expire in February 2023.

Cogen, who said he’s been told he has “no standing” as a candidate to inject himself in sheriff department affairs, plans to review all contracts and personnel assignments once he is sworn in.

“After we assume office, we’ll examine the policies to make sure they are lawful and appropriate and in the public interest,” he said yesterday.

Because the 75-year-old Anderson has been Baltimore sheriff for so long (33 years), nobody is certain of the precise date when he must leave.

Cogen said he expects the transfer of power to take place sometime in late November or early December. 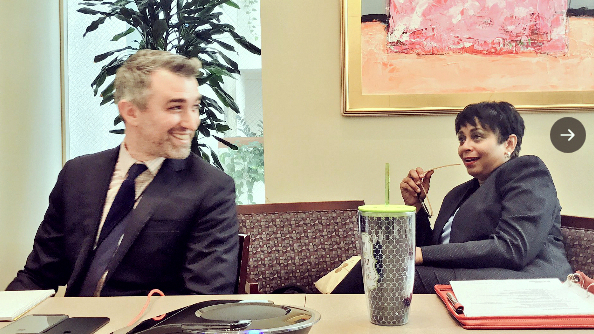 Kim Morton with Dan Hymowitz when she was chief of staff for former Mayor Catherine Pugh. (Office of the Mayor)