For the past week, The Brew has been asking Mayor Brandon Scott’s office for more information about his surprise pick for the powerful post of chief of staff.

The last time Chezia T. Cager worked in City Hall was in early 2010, when she answered constituent mail for Mayor Sheila Dixon, while Scott was a $45,000 assistant to then-City Council President Stephanie Rawlings-Blake.

So it came as a surprise when it was announced by Scott’s office that, over the subsequent decade, Cager, now 38, served in “senior advisory roles in both the Obama and Biden administrations” where she was “leading improvement efforts impacting domestic policy, national operations and external engagements.”

Sometime prior to Tuesday’s announcement, Cager’s resume had been removed from LinkedIn and was nowhere to be found online. Asked for a copy, Monica Lewis, Scott’s communications head and chief spokesman, said, “I do not have the resume at this time.”

Lewis promised to send the resume. We also requested a list of Cager’s positions and responsibilities in the Obama and Biden administrations as well as her prospective salary as COS (her predecessor, Michael Huber, was getting about $185,000 when he resigned).

“Please give me a bit” and “Look forward to this information” were Lewis’ replies last Wednesday, which was followed by six days of silence despite our followup requests.

Reached this afternoon, Cager declined to discuss her professional background, saying all questions should be answered by Lewis.

From the November 8 press release announcing Chezia Cager’s appointment as COS.

In addition to our story last Tuesday about her role in local politics, including as a member of the 41st District Democratic Central Committee, here is what we have found:

• Cager served as one of about 55 young women who interned at the Obama White House in a program designed to expose Black college graduates to non-traditional careers in politics.

• Between 2015 and 2017, while Obama was president, she was listed as an “intermittent” public affairs employee in the Baltimore office of the Small Business Administration, starting at a salary of $52,688 and ending with pay of $62,329, according to OpenPayrolls.

• In August, her public relations firm, Nidia Chez LLC, picked up $3,000 in consulting fees from the campaign committee of Caylin Young, a close ally of Scott who won the Democratic primary as a delegate from the 45th District.

Our query to the Biden White House seeking confirmation of her reported “senior advisory role” in his administration has not been answered. 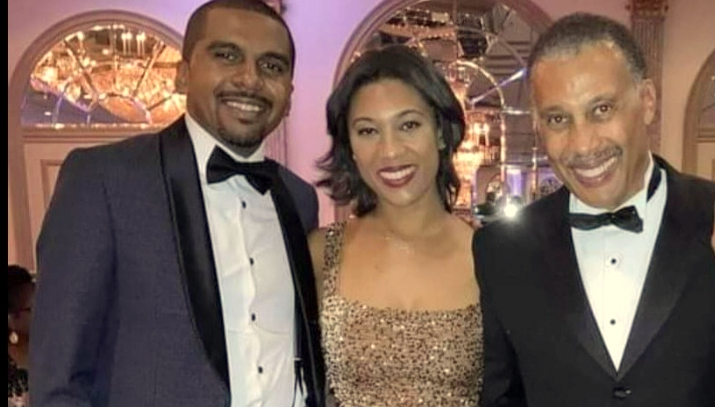 The COS position has long been considered one of the most senior jobs in Baltimore government.

With the establishment of a chief administrative officer, city agencies no longer report directly to the COS, whose duties have shifted to executing the “mayor’s vision” and serving as a liaison between the mayor and legislators in the General Assembly.

Huber, a lawyer who worked for Scott and his predecessor, Jack Young, when City Council president, denied that tensions between himself and CAO Christopher Shorter resulted in his resignation in August. His office has been temporarily run by Ebony Thompson, deputy city solicitor.

Cager is set to take the COS job on the Monday after Thanksgiving. In 2019, she formed Nidia Chez LLC, described in incorporation papers as a “small boutique public relations and events consulting” firm.

Through the Nidia name, she gave $250 in contributions to Scott during his 2020 campaign for mayor, and she has since given $237 more.

She was a bigger financial booster of her old boss, Sheila Dixon, giving $500 when she ran for mayor in 2020, while her stepmother handed Dixon another $500, state Board of Elections records show.