Reginald Davis, CEO of Strong City Baltimore, resigned this week, shortly after he and his predecessor CEO, Karen D. Stokes, were accused in a lawsuit of diverting funds earmarked for community-led projects.

The lawsuit is the latest blow to the once high-flying nonprofit, which sold itself in the wake of the 2015 Uprising as a trailblazing fiscal sponsor for Black-led grassroots organizations.

In addition to the lawsuit, which says it diverted grantee funds to pay for its trendy new headquarters on East Biddle Street, the nonprofit is facing an investigation by the U.S. Attorney’s Office of Maryland, The Brew has learned.

FBI agents have also conducted interviews about Payroll Protection Program (PPP) applications. In at least one case, Strong City management reportedly filed an application on behalf of a client without their knowledge or approval.

Asked about the U.S. attorney’s probe today, spokesperson Marcia Murphy said, “We don’t confirm or deny investigations, so we have no comment.”

In an email to supporters, Davis said he was proud of fulfilling the organization’s mission to “do good. . . in the communities we serve.” He said he had no immediate plans other than to take a “much-needed break” and “focus on self-care, a healing journey and my family.”

Anwar Young, chairman of the board, said he was “out of town on bereavement” and could not answer questions.

He said Strong City’s legal counsel would respond, if warranted, to written questions submitted yesterday by The Brew.

So far, there has been no response. 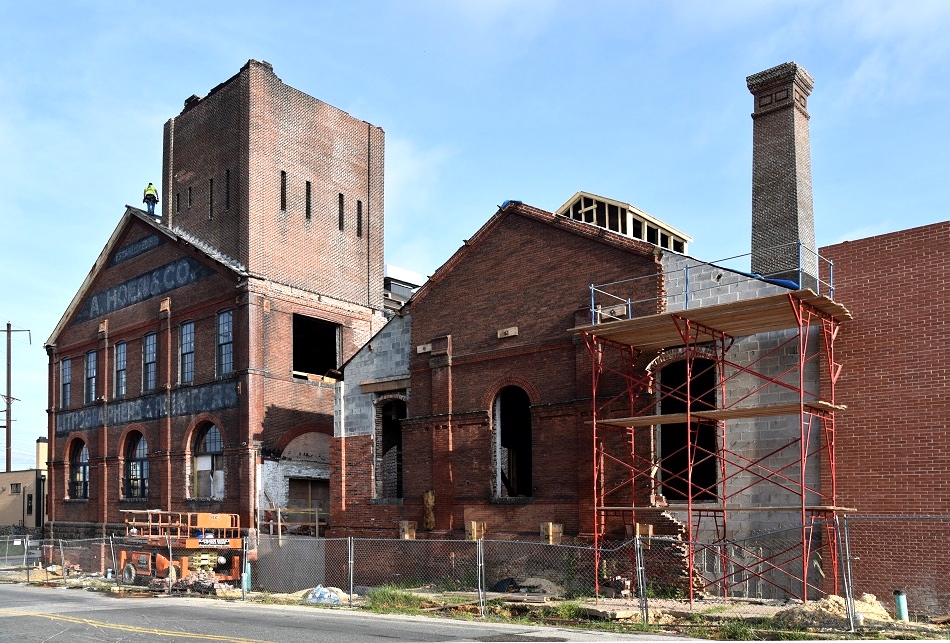 The lawsuit says Strong City used grantee money to help pay for the reconstruction of the long-abandoned Hoen Building. (strongcitybaltimore.org)

Strong City faces other challenges. On September 23, it was slapped with an IRS tax lien. The action stems from its failure to pay $88,309 in payroll and Social Security taxes back in 2017.

And just two weeks ago, a Minnesota bank issued a writ of garnishment to satisfy a court judgment of $167,027.

The bank seeks “all monies, funds, accounts, credit and/or property held by the garnishee due,” according to a December 20 filing in Baltimore Circuit Court.

The lawsuit was filed by Aziza Pe&ce, The Be. Organization, Maryland Justice Project, Step Up Maryland, Fearlessly Loving Yourself, Helping Oppressed People Excel (HOPE) and the William Tipper Thomas Foundation.

“Defendant Stokes masterminded the purchase and renovation of the Hoen Building, intending it to be her legacy,” the lawsuit alleges. “When costs started to mount, Stokes began using funds SCB was holding to cover the rising coasts.”

• Even after Strong City’s mismanagement is exposed, there’s been no help for the victims (5/29/21)

Insider as an Accountant

The lawsuit says that Stokes had hoped to recover the misused funds through a gala capital fundraiser in March 2020, but the Covid pandemic upended her plans. A month later, she “abruptly retired.”

She was succeeded by Davis, her chief of staff, who at first ghosted Aziza and the other grassroots groups, according to the lawsuit.

After stories of financial mismanagement appeared in The Brew and elsewhere, Davis hired Javier Goldin and the Bethesda-based Goldin Group to conduct an audit of project accounts.

Davis promised to be more accountable, create a “robust” accounting department and make improvements to the group’s financial technology infrastructure.

In the meantime, Goldin, portrayed as the independent auditor, became an employee of Strong City, “drawing a salary from the very entity he was supposed to be conducting an independent audit of,” the lawsuit says. 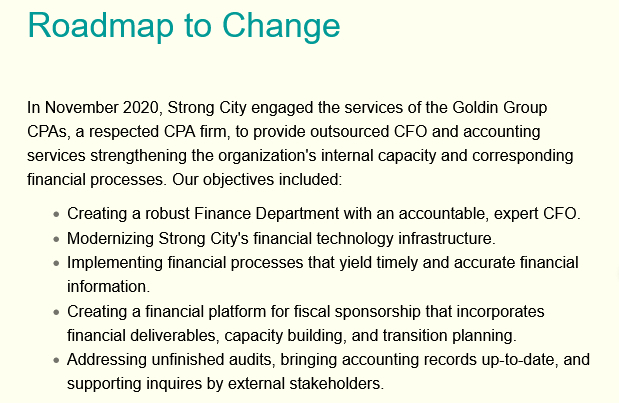 In May 2021, Davis announced that Strong City would end its fiscal sponsorship program and undertake a final accounting of what was owed to more than 100 community projects.

That never happened, according to the lawsuit. Instead, Davis and Goldin sent out closeout letters with “grossly undercounted” funds and had “no intention of ever returning funds to sponsored projects.”

Kim Fossett, founder of Aziza Pe&ce, said in the lawsuit that Strong City’s failure to reimburse $36,000 in her account forced her to work for months without pay and eventually use personal funds to keep her LGBTQ+ mentorship program alive.

She said a $200,000 grant to Aziza from the Baltimore Children and Youth Fund was canceled after Strong City submitted “financial reports riddled with inaccuracies.”

Kim Sauer, co-founder of Fearlessly Loving Yourself, said she was evicted from her southwest Baltimore space because Strong City failed to pay the rent.

“Strong City defaulted on every agreed-upon service”  – Kim Sauer of Fearlessly Loving Yourself.

“Strong City defaulted on every agreed-upon service,” Sauer said in the lawsuit, forcing her to cancel her mentorship programs for teenage girls and to face the wrath of angry parents and unpaid vendors.

Monica Cooper, who established the Maryland Justice Project to help ex-offenders, said she raised over $100,000 from the Open Society Institute, Weissberg Foundation and others.

By depositing the money with Strong City, she thought she’d get monthly financial statements and timely vendor payments in return for a 10% fiscal sponsorship fee.

Instead, she says, her grant money was commingled with other grantee funds and diverted to pay for the Hoen Building and “the expenses of other programs whose finances SCB had mismanaged.” 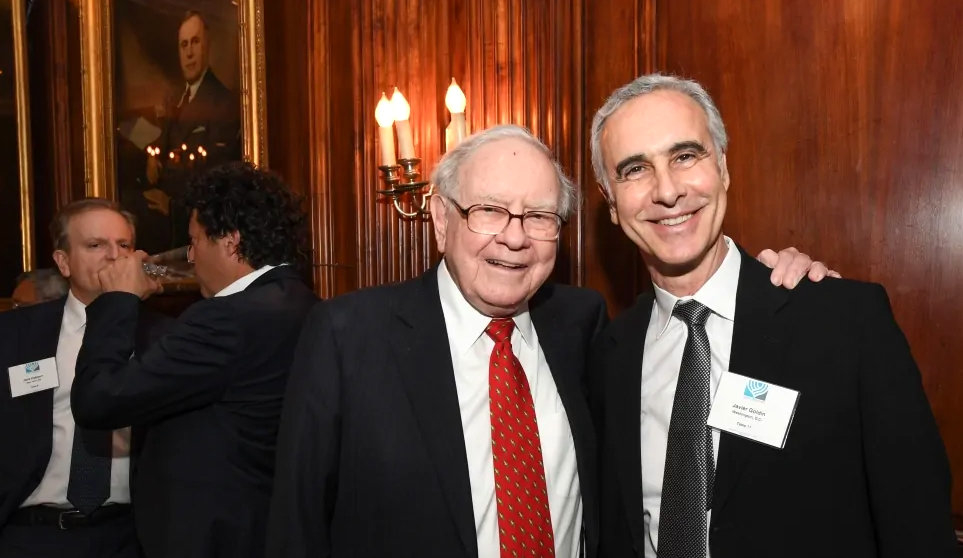 In a Sea of Vacant Lots

The $34 million renovation of the long-abandoned Hoen printing factory  was mostly financed by various Baltimore City subsidies and the use of historic tax credits by contractor Carl W. “Bill” Struever, who was trying to recuperate from a real estate meltdown during the Great Recession.

When completed in 2020, the restoration won architectural kudos and was hailed as a way to create jobs and foster civic pride in the deeply impoverished Collington Square section of East Baltimore.

“We want to find ways to create great new possibilities for neighborhood revitalization,” Stokes told Baltimore magazine. “Baltimore ought to be the best learning lab in the country for this.”

“Baltimore ought to be the best learning lab in the country for this”  – Karen Stokes at the 2020 opening of the Hoen Building.

Today, the sprawling complex lies partly empty. A row of houses is being restored to the immediate east of the site. Otherwise, the ex-printing plant is surrounded by crumbling rowhouses, vacant lots and piles of trash.

There are now fewer than 20 employees at the headquarters, a far cry from Stokes’ plan to build a nonprofit juggernaut after she took control of the Greater Homewood Community Corporation in 2007.

Stokes switched the group’s emphasis from educational programming in Charles Village to the world of “fiscal sponsorship,” using its 501(c)(3) status to attract small organizations in need of a nonprofit sponsor to secure grants from private donors and public agencies.

By then, the organization had been rechristened Strong City Baltimore.

It was a name that better reflected the organization’s impact “in all corners of the city and beyond,” Stokes wrote in a 2019 Baltimore Sun guest column.

• To reach this reporter: reuttermark@yahoo.com 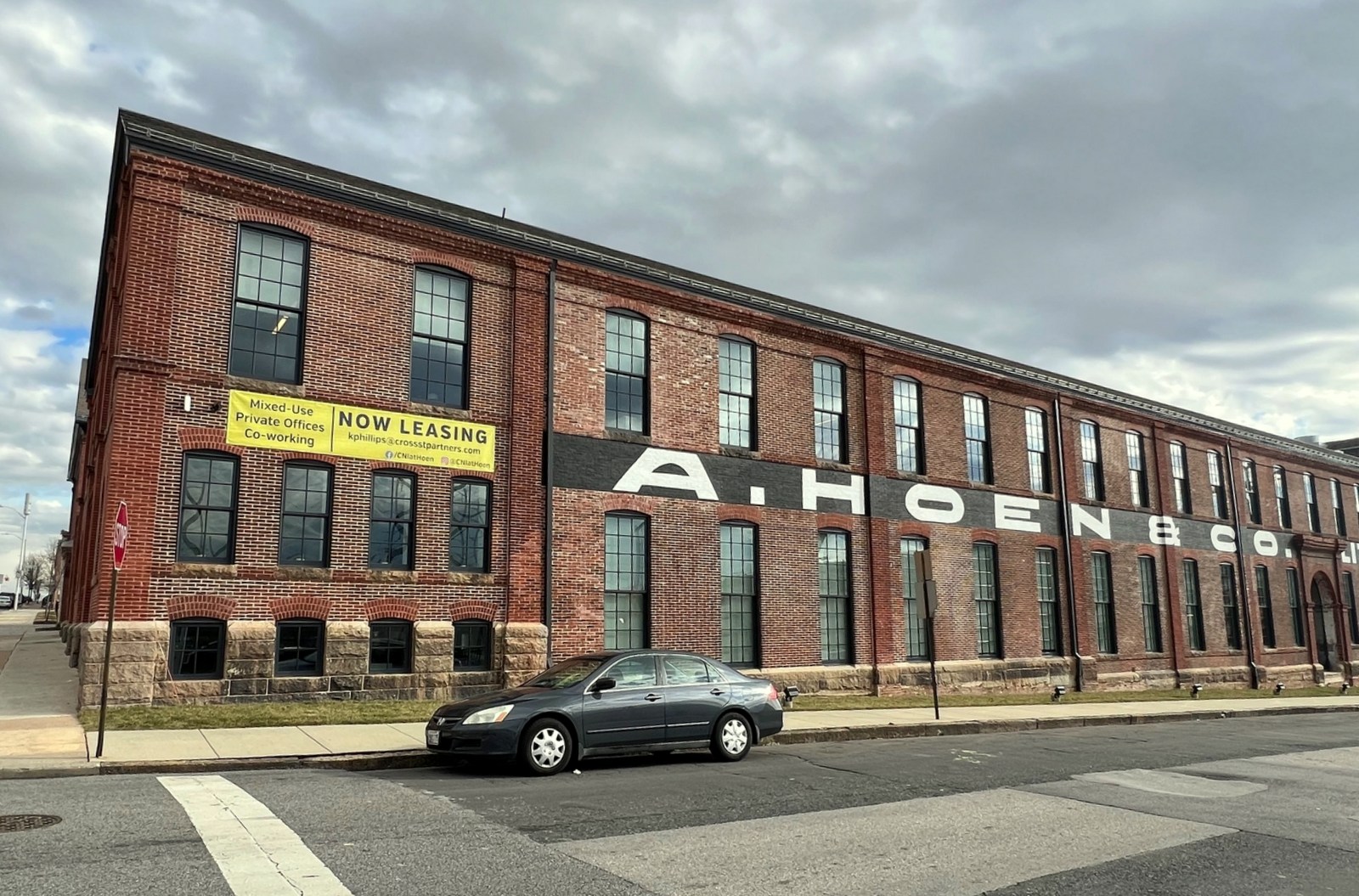