The Baltimore County Council is not known as a paragon of virtue, but it may have hit a new low by re-electing Councilman Julian E. Jones Jr. as its chair for an unprecedented third straight year.

The 4th District representative, who has a history of contempt for Madigan and her office, responded defensively and dismissively to two IG reports within 10 months, describing the reports as “a lot to do about nothing” and a “total hit job.”

Nevertheless, Jones’ colleagues again made an exception to the council’s practice of rotating the chair on an annual basis in order to accommodate his desire to serve another year.

Wielding the gavel in 2023 gives Jones a higher political profile and furthers his expressed desire to become the next county executive.

It also means that Jones will preside when the council receives the highly anticipated recommendations of the Blue Ribbon Commission on Ethics and Accountability on legislation governing the IG’s office.

Not one of his colleagues said a word about his transgressions before re-electing him at last Tuesday’s meeting. By ignoring his shameful conduct – indeed, by rewarding it – the other members made Jones’ shame their own.

In Case No. 22-008, the IG cited Jones for using a county email address to solicit campaign contributions, a violation Jones called inadvertent.

Then came Case No. 22-012. There was nothing even arguably inadvertent about the action attributed to him there.

According to the IG, Jones intervened on behalf of a Towson businessman to persuade D’Andrea Walker, acting director of the County Department of Public Works and Transportation (DPWT), to overrule the objections of her professional staff and recommend use of funds from the county’s Alley Reconstruction Program (ARP) to repair a commercial alley that serves properties controlled by the businessman.

DPWT staff had determined that the alley did not meet the criteria for ARP, a program intended for residential neighborhoods.

Madigan concluded that Jones’ involvement “effectively changed the process that had been used within DPWT to evaluate the merits of accepting an alley into the ARP as well as the methods used by DPWT to award and carry out the work.” The work cost $69,900.

A county engineer asked to be taken off the project because of the “unethical” manner in which it was approved.

This didn’t sit well with the engineer in charge of the ARP alley repair program. He asked to be withdrawn from the project because of the “unethical” manner in which it was approved.

Another employee who objected to the use of county funds for the alley was the now-retired chief of highway design for DPWT.

He told the IG that Jones called him at home to press his case for getting the alley repaired and said in effect that he didn’t care about existing county policies on repaving commercial alleys and wanted the alley fixed.

When asked for his side of the story, Jones refused to speak to the IG or answer her questions, saying he objected to her policy of recording interviews.

After the IG issued her report, Jones denied to a Baltimore Sun reporter that he spoke with the chief of highway design, without offering a reason why the retired employee would fabricate the conversation.

Jones refused to speak with the IG, saying he objected to her policy of recording interviews.

Jones appears to have violated the categorical prohibition in Section 310 of the County Charter against council members contacting employees in the executive branch other than the county executive “unless for the purpose of inquiry or information.”

Section 310 also prohibits council members from attempting “in any manner” to “influence or coerce” those employees in the performance of their duties.

If the IG’s report is accurate, Jones attempted to influence Walker as well as the former chief of highway design – and succeeded with Walker.

Regardless of what Jones says, a violation of Section 310 is not “a lot to do about nothing.” A substantiated violation can be prosecuted as the crime of misconduct in office. So, why would he risk violating it?

The decision to use ARP funds to repair the alley was made at the end of April, 2021.

On July 9, 2021, Mid-Atlantic Properties Inc. made a campaign contribution of $5,000 to Jones, according to the State Board of Elections website. That was followed in December 2021 by a $2,500 contribution from Gioioso.

Gioioso was not a constituent of Jones, who represents the Randallstown-Owings Mill area, not Towson.

Nor had Gioioso or Mid-Atlantic contributed to Jones’ campaigns in the previous five years, according to state records.

The council appeared unconcerned with the possibility that Jones violated Section 310 in the hopes of landing a generous campaign contribution or two.

Perhaps the council thinks there’s nothing wrong with that. 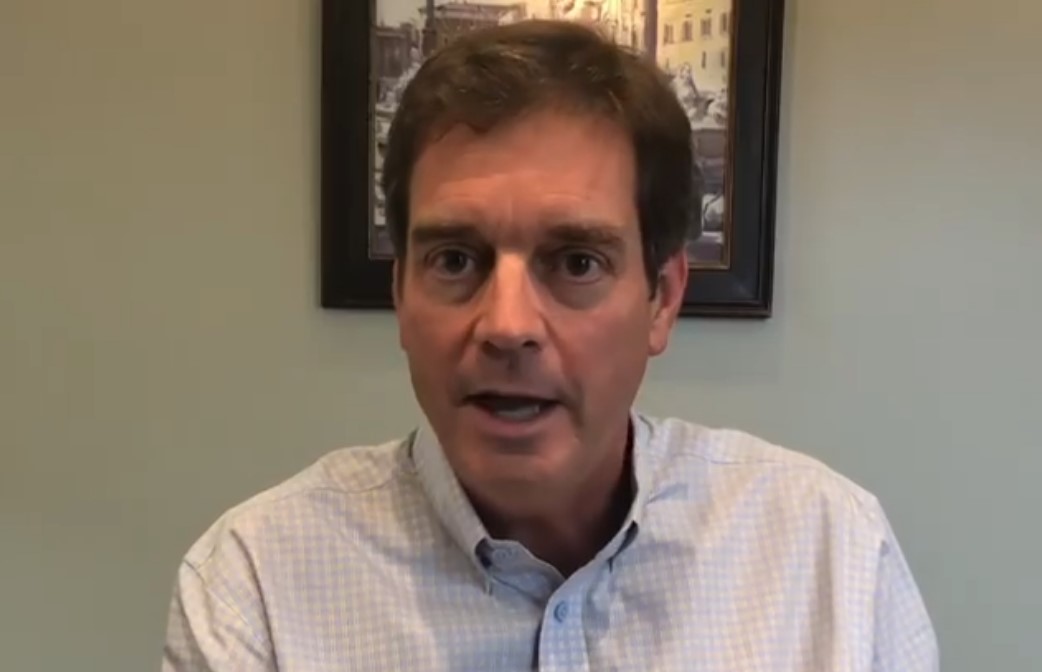 Jones’ disdain for Madigan and her office is well documented.

He expressed “buyer’s remorse” at voting to create the office during a hearing on the IG’s budget in May, 2021. At that hearing, he and former Councilwoman Cathy Bevins criticized Madigan for being “too aggressive.”

Jones told Madigan that “employees are walking around here scared to death because they feel like you’re going to take a molehill and make a mountain.”

In a brief period of time, the Office of Inspector General has pulled back the curtain on how Baltimore County government really operates.

He further dismissed the IG’s report that a former director of the county’s agricultural center made $30,000 in unauthorized purchases as “fluff.”

In a remarkably brief period of time, the Office of Inspector General has pulled back the curtain on how Baltimore County government really operates, and it isn’t pretty.

Jones and certain other elected officials appear to see the IG as a threat to the status quo, and they want to close the curtain as quickly as possible. 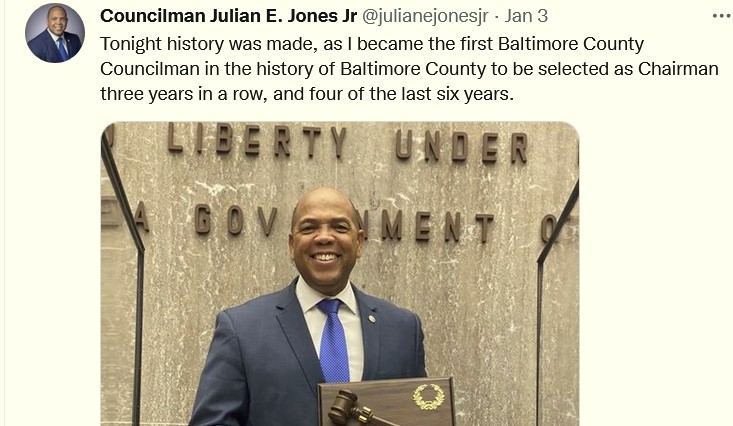 Jones had no right to expect a third straight year as council chair.

Councilman Izzy Patoka is overdue to rotate into the seat. Council members would have raised no eyebrows by politely rebuffing Jones and adhering to the practice of rotating the chair.

Instead, they made an exception for a colleague who has embarrassed himself by his own actions and by attacking Madigan, who enjoys wide public support.

The council’s reinstallation of Jones as chair will justifiably be seen by residents as a reflection of the body’s lack of support for the accountability that the IG is trying to bring to county government.

Patoka last week claimed that there is a “strong level of integrity” in the county council.

He and his colleagues had an opportunity to prove that at their most recent meeting. They failed miserably.