Amid criticism about the lack of emergency housing in Baltimore for those who are Covid positive and homeless, the city is partnering with Helping Up Mission to house people discharged from local hospitals who are in need of space to isolate.

The nonprofit is providing isolation space for 20 men and 20 women at two locations at its headquarters on East Baltimore Street, according to the Baltimore City Health Department.

Yesterday’s news follows a report by The Brew disclosing concern about the dearth of isolation space for Covid-positive homeless individuals since the city closed its Lord Baltimore Hotel triage center in June.

The story featured a 75-year-old homeless woman who was discharged to the street last month by Union Memorial Hospital after she was brought to the emergency department and found to be positive for the coronavirus.

But sources told The Brew that staff there and at other hospitals – currently strained by a winter surge of Covid and other illness – have been frustrated by the lack of options for homeless people who are infected with the coronavirus.

The new program was “soft-launched” this week, according to Arinze Ifekauche, a spokesman for the health department.

“It’s a place to get isolated and get well,” he said.

But Ifekauche cautioned that there are no clinical services provided at the two Helping Up locations (1029 and 1216 East Baltimore Street) and no walk-ins.

“Only qualified individuals referred by a hospital will be able to go there,” he said.

The requirements limit isolation assistance to:

• persons experiencing homelessness who are not in a shelter or residential recovery program.

• have tested positive for Covid-19 within 10 days of the test date.

• are medically stable and do not require medical monitoring.

• are able to perform activities of daily living and can administer their own medication.

The latest coronavirus strain is causing an uptick in cases that is causing concern nationally, with President Joe Biden yesterday renewing the Covid-19 public emergency.

In Maryland, Covid hospitalizations are far less than they were a year ago. But the 835 cases now listed in Maryland are the highest number since February 2022.

Asked about Covid infection rates and hospitalizations among the homeless – and what capacity existing shelters have to house and isolate Covid-positive people – Ifekauche referred The Brew to the Mayor’s Office of Homeless Services (MOHS).

“We’re advising them how best to make do with partitions, finding spaces they can open up on unused floors, rearranging spaces,”  he said. 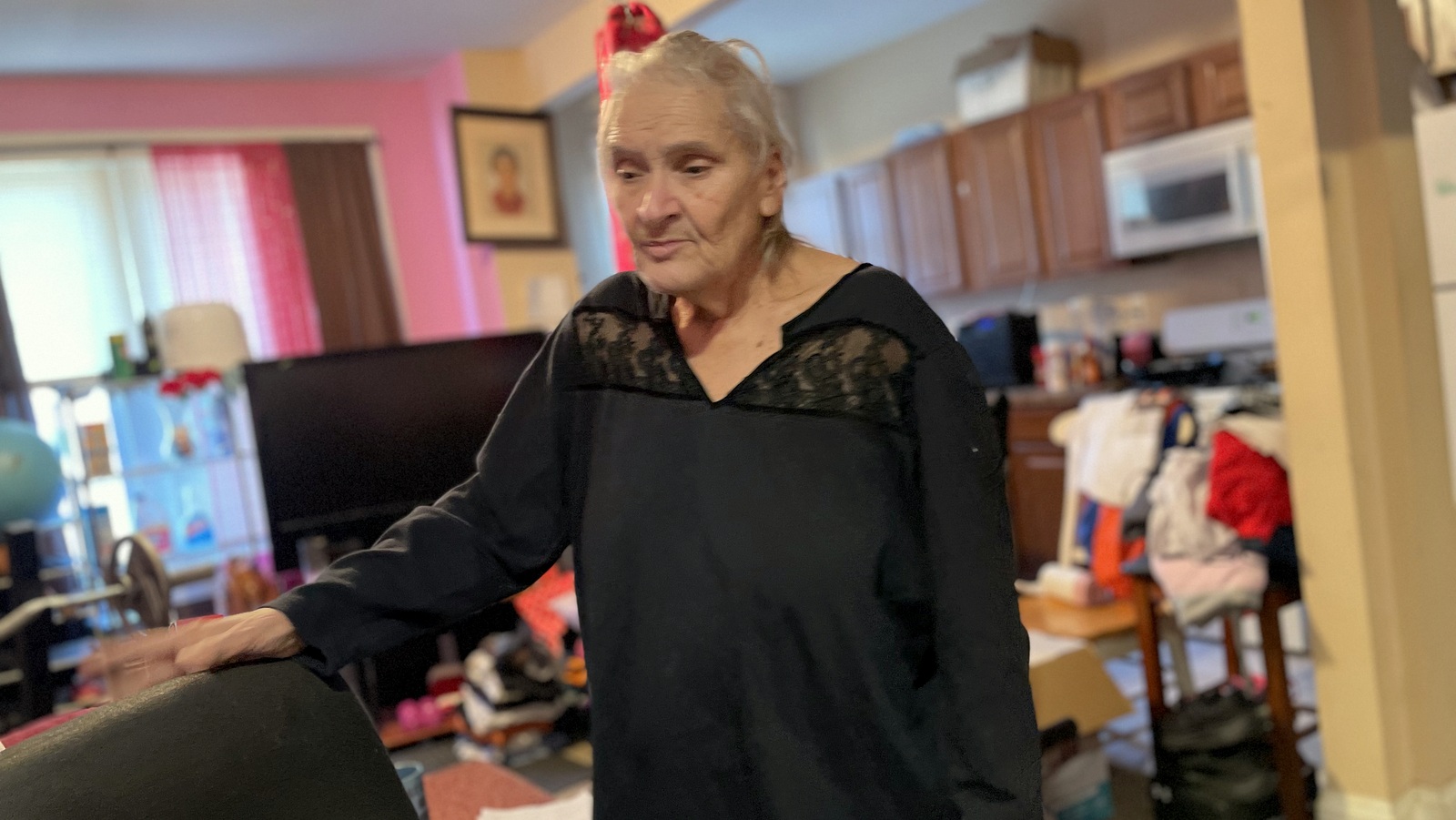 Martha Spielman, a homeless woman, says she was discharged from Union Memorial Hospital after she tested positive for Covid. (Fern Shen)

According to Ifekauche, the department has no way of knowing how many homeless people have been infected with the coronavirus.

“We get reports of positive results, but the trouble is, with the homeless population, the labs don’t have that as a data field,” he said. “There’s little way for us to determine it. The shelters don’t do much screening or compiling data.”

A spokeswoman for MOHS also said there is no data on Covid-19 rates among unsheltered people.

“MOHS does not track Covid data among people experiencing homelessness and is not a HIPAA-covered entity,” public information officer Kyana Underwood said.

“MOHS only verifies health records as required by HUD for program eligibility.” 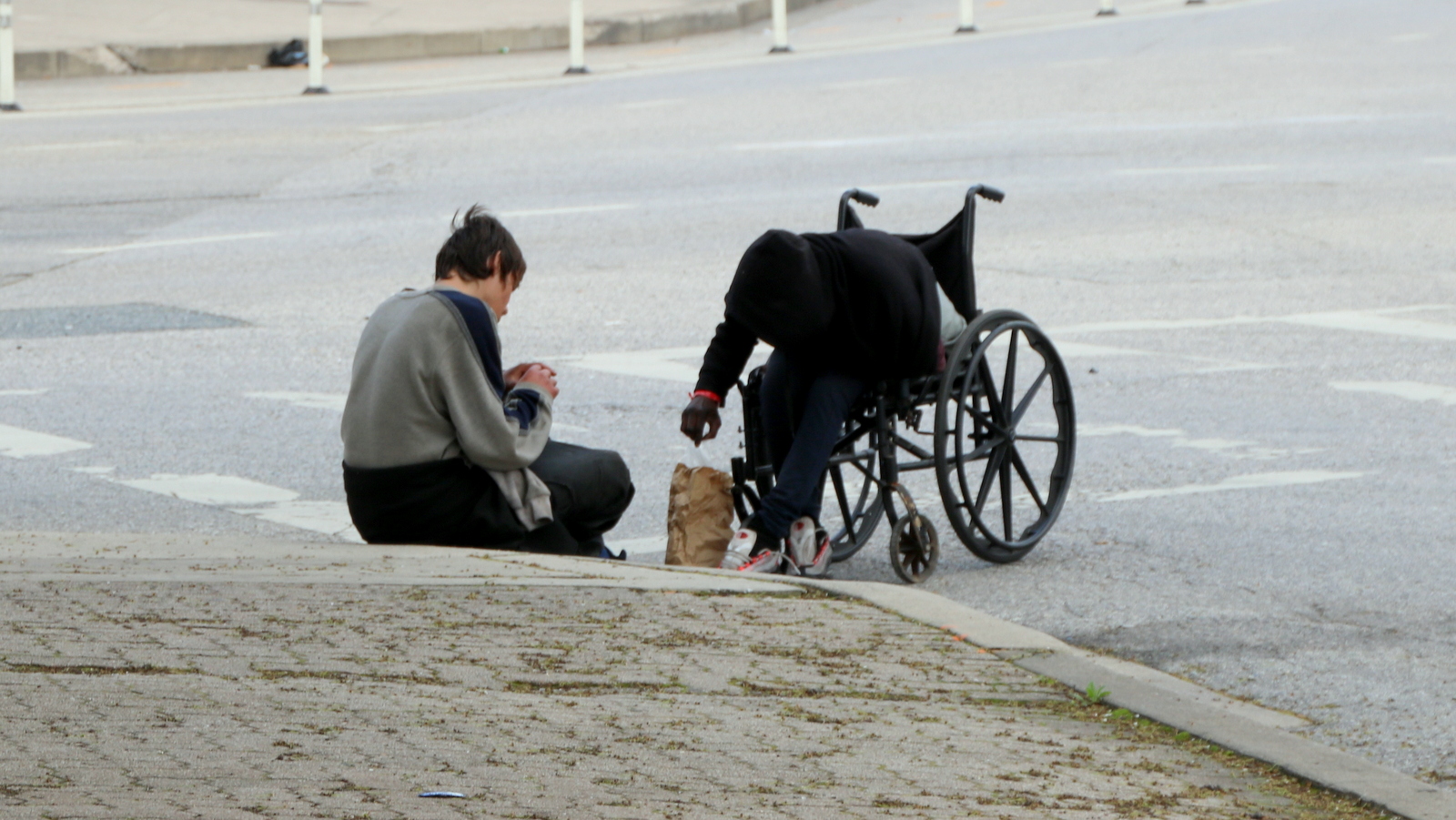 No Word on Hotel Plan

The concern about a shortfall in Covid isolation spaces arises at a time when the number of beds available at city-funded shelters has dropped after the Scott administration demobilized shelter space added during the pandemic.

Meanwhile, advocates are asking what happened to the vow by Mayor Scott – made two years ago – to explore purchasing hotels to provide non-congregate housing for people experiencing homelessness.

In its March 2022 Strategic Investment Plan, MOHS estimated it would cost $35 million to buy and rehabilitate two hotels, which would provide housing for about 275 adult men and women.

Currently unknown: The status of Mayor Scott’s promise to purchase hotels to shelter the homeless.

The agency said it would need another $10 million to operate the hotels for the first three years.

ARPA money would be used for those first three years of operation, according to the document.

But after that, “ongoing funding would need to be identified for operations and services,” MOSH acknowledged – funding that the agency said it “assumed” could be “shifted” from the city’s current shelter operations.

Underwood has said the hotel purchase initiative “continues to make progress,” but she had no new details to report yesterday.

At present, the city can accommodate the same 275 individuals in non-congregate shelter spaces.

“While these spaces are not earmarked specifically for Covid isolation, shelter residents who test positive may isolate in these private rooms,” she said.

Asked about protocols at the shelters, Underwood said Covid screening questions are asked during intake.

Masking and social distancing is required at city-funded shelters, she noted, and Covid tests are available upon request.

• Mark Reutter contributed to this story.