The Board of Estimates has extended to April 30 the presence of Maryland Environmental Service personnel at the Back River Waste Water Treatment Plant, whose surge of pollutants into a tributary of the Chesapeake Bay led to a brief state takeover last March.

Since then, the semi-independent MES has supervised the overhaul of decrepit equipment and poor operating practices that plagued the Dundalk facility, which processes and releases about 140 million gallons of sewage daily into Back River.

The presence of MES at the city-owned facility at first caused turmoil.

Plant employees exhibited an “open unwillingness to comply” and “bad behavior,” according to a June progress report, which also faulted top leadership at the Baltimore Department of Public Works.

The city subsequently withdrew a court motion to block state control of the plant and entered into a consent decree with the Maryland Department of the Environment. 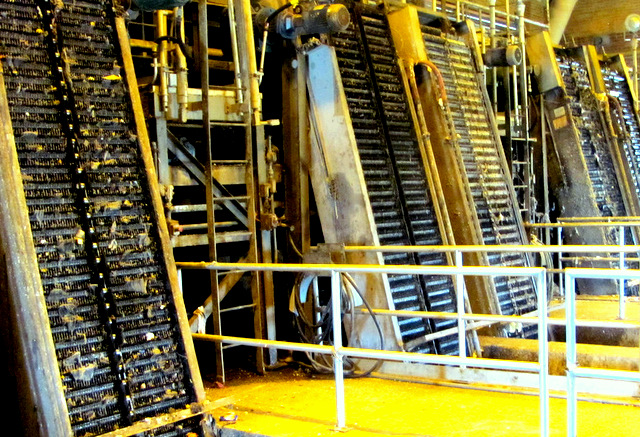 By October, Back River was able to meet state limits on nitrogen and phosphorus discharges over three months, which should have led to the withdrawal of MES personnel. But the city asked MES to stay through December 31.

The plant continues to be in compliance with its discharge permit, says DPW’s water and wastewater chief, but additional work is needed to get the primary settling tanks and various pumps and motors up and running.

“We’re in a good place, but definitely not out of the woods,” Yosef Kebede told the Board of Estimates today. “The assistance of MES appears essential,” he added.

“We’re in a good place, but definitely not out of the woods”  – Yosef Kebede on the status of the plant.

Under its initial agreement, MES could order equipment up to $2.5 million and get reimbursed by the city. That threshold has now been reduced to $250,000.

Kebede said DPW has established a new management team to oversee improvements – last month the BOE approved $485,000 in salaries for two engineers and two supervisors – and expects a new digester system to go online in February.

Last week, DPW Director Jason W. Mitchell announced his resignation, citing family-related issues. He was faulted in the June progress report for “lacking urgency” in dealing with the plant’s problems.

• After reports of dead fish and “volcanoes of black stuff” in Back River, MDE cracks down on sewage treatment plant (3/25/22)

• Back River staff is disorganized, demoralized and sometimes asleep on the job, state report finds (6/13/22)